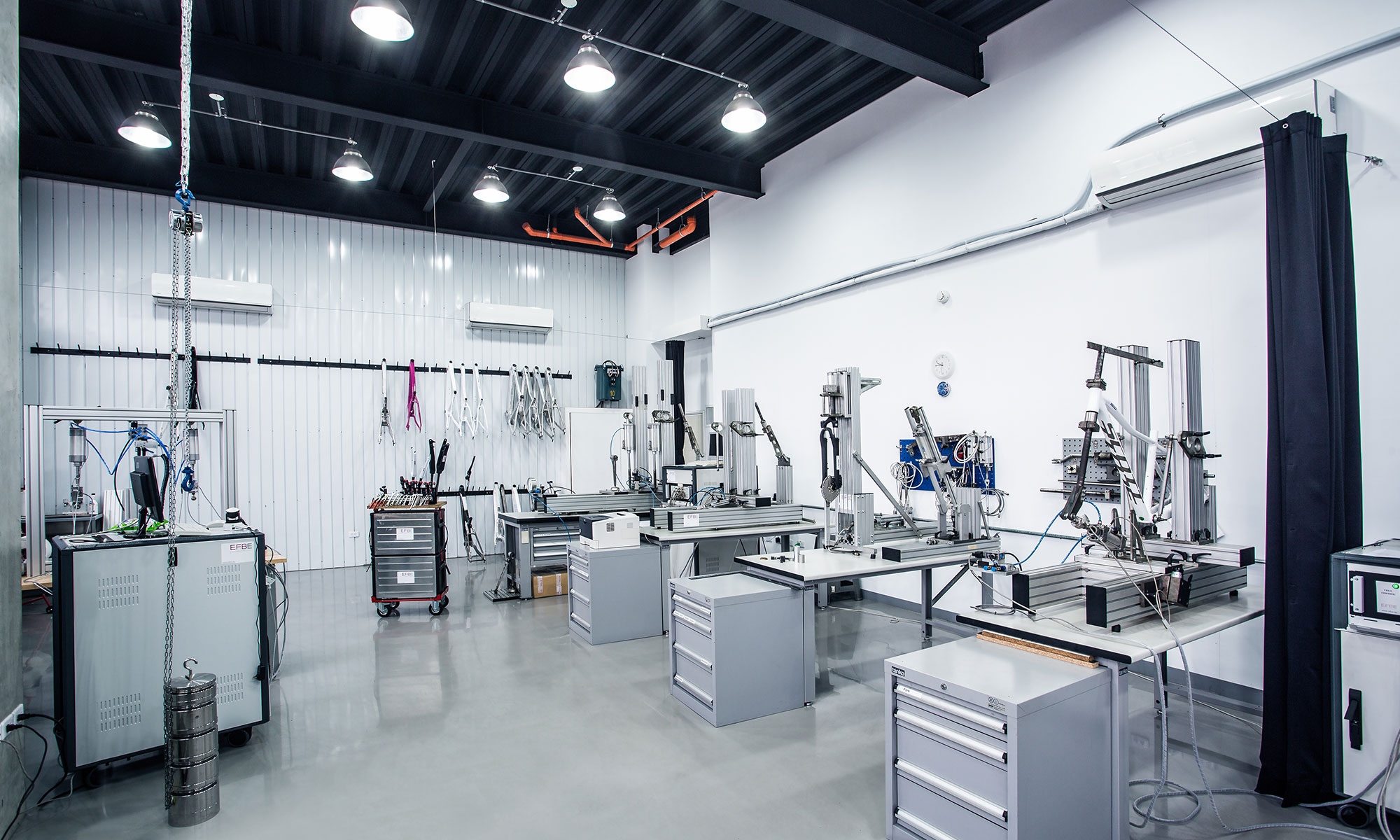 When it comes to ensuring cyclists’ safety, reliable bicycle testing technology is a must.

Over 80 percent of all German households own at least one bicycle and around 25 percent of the population rides one several times a week. All in all, a bike is an everyday and seemingly simple object, so it’s easy to think there can’t be any complicated technology behind it – perhaps with the exception of sports bikes. However, there are strict safety regulations in place, which is why it’s crucial manufacturers know how their bicycles, e-bikes and components behave under various conditions and loads. In fact, cyclists have much more personal influence over their trusty two-wheeled steed than over other vehicles they might use – just think about the weights involved. Fatigue test stands featuring high-precision, force-controlled servo pneumatics are used to simulate how a bicycle will behave over the years when put through its paces by a customer. One of the leading providers of bicycle testing technology is EFBE Prüftechnik GmbH from Waltrop, Germany. When building its test stands, EFBE makes the most of the stability our aluminium construction profiles offer.

EFBE was established in 1995 as an academic spin-off of RWTH Aachen University by graduates with a passion for cycling. Over the years, bicycle testing technology from EFBE has garnered an outstanding reputation and is used by leading bicycle manufacturers worldwide. “We don’t just carry out tests, we also develop our own, such as the EFBE TRI-TEST®, because we, of course, want to play an active role in shaping development in this area,” says Marcus Schröder, Managing Director of EFBE. The company’s business model centres on three core areas: Firstly, manufacturers can have their models tested on site in the EFBE bicycle testing laboratory – regardless of whether they’re frames, forks, handlebars, stems, entire bicycles or e-bikes. Secondly, EFBE manufactures test stands for the bicycle and e-bike industry. Thirdly, EFBE is becoming increasingly involved in supporting production processes, not least thanks to its subsidiary in the industrial metropolis that is Taichung in Taiwan.

We have to respond quickly to changes in the bicycle industry. Thanks to item, we’re more than capable of doing just that.

Both the test stands used in the EFBE laboratory and the bicycle testing technology the company supplies use the MB Building Kit System from item. The profiles and fasteners create a solid foundation on which the test axles are then positioned. The test stands are subjected to heavy, highly dynamic loads on a daily basis, simulating roads, trails and downhill routes. As a result, the components used must be adequately robust and durable. One test stand from the early days is even still in use today. What’s more, the system is able to grow with the company: “For us, the key advantage is its modular design, not to mention how quickly it can be adapted and the long service life it offers. The bicycle industry is constantly changing, especially in the e-bike market. That’s why we have to adapt our testing technology quickly. Thanks to item, we’re more than capable of doing just that,” explains Schröder.

On site in Taichung – with services for bicycle testing technology

The entire bicycle industry is constantly changing. Just a few years ago, Taiwan was still the centre of manufacturing. The focus has since begun to shift more towards Vietnam, Cambodia and Indonesia, with organizational decisions still being made in Taiwan. EFBE has had a presence in Taiwan since 2016 so as to better serve the manufacturers based there. “This means we can assist our local customers as early as the production stage and, of course, offer the best possible support through our local staff,” says Schröder. Besides its testing services, EFBE’s quality management skills are in high demand in Taichung, more than anything else – and these really come into their own in production-related services such as audits and training courses.